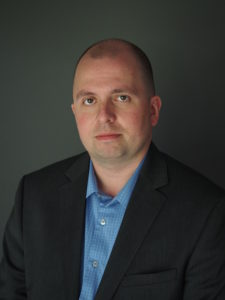 Automation, Innovation, and Privacy: Video Investigation and Its Role in Public Safety

Over the past several years, the massive growth and innovation seen in the public safety and security industries has perhaps been overshadowed by a substantial pushback from privacy advocates who see these developments as moving us closer to a police state. Other markets, such as home automation, are forced to address similar concerns without the obligation to put the public interest first. This evolution coincides with an explosion in the availability of raw data, fueled by the rapid drop in cost of underlying security technologies such as cameras. Government and law enforcement agencies now have an unprecedented amount of information at their disposal, as well as the means to make sense of it all.  Doing so in a way that balances security and privacy has become a defining challenge of this decade.

Technologies such as video analytics, most notably facial recognition, have seen such extraordinary advancements that both government and the public have had difficulty keeping up with appropriate policies and expectations.  The proliferation of CCTV cameras, as well as rapid improvements in storage capacity and video quality, are redefining policing. Today, nearly every investigation contains some amount of video evidence, and most have so much that it quickly becomes impractical to watch it all. Simultaneously, police departments everywhere are struggling with personnel shortages and increasing administrative burdens. These factors combine to make it exceptionally difficult for any agency to identify and collect all probative video for every incident.   Yet, popular media is leading the public to a normative view of video evidence as a key element in establishing guilt in criminal cases.  So, while the various legislative bodies throughout the world debate on where the lines are drawn, video analytic technology remains an absolute need within the law enforcement community.

With the advent of artificial intelligence and machine learning, technology has reached a point where it can realistically support law enforcement investigations through video analysis and computer vision. In particular, facial recognition algorithms have become better than humans at confirming identity and distinguishing between individuals, and modern GPU-based infrastructure can support the processing of massive amounts of video in a very short amount of time. That being said, these platforms are not designed to be entirely autonomous, but rather, they provide a level of support to skilled investigators by surfacing potentially relevant information in a timely and effective manner. Outside of just facial recognition, these same video analytic systems can identify and track individuals and vehicles as they move throughout public space, allowing law enforcement to find previously unknown connections between, and amongst, suspects and locations.

Beyond post-event investigations, there are increasingly available opportunities for video analytics to be leveraged in a real-time capacity. Tactical operations can be supported via real-time facial recognition through the immediate potential identification of suspects and notification to responding personnel.  These trained personnel are then able to verify the candidate’s identification.  Such types of systems should not be pervasive; instead, they can be precisely targeted to identify high priority subjects in specific areas of interest. In addition, data collections of detected persons outside the scope of an investigation can be automatically purged, further reducing negative privacy implications and maintaining public trust. Overall, facial recognition, and other intelligent video technologies, can support law enforcement activities while still respecting the rights and privacy of individuals.

Within public safety, video is only a small component of a much larger ecosystem of data. License plate recognition, gunshot detection, computer dispatch, record and case management systems, IoT sensors, and countless others all form an intricate web of information that many agencies still struggle with managing. Historically, individual sensor platforms and databases have been isolated in silos, and their various elements have been unable to support a larger common operating picture. However, the importance of merging the analysis, visualization, and democratization of this information cannot be overstated. A 911 call for service, for example, will provide enough information for a responding officer to arrive at the location with a basic understanding of the issue. Enriching that notification with relevant data about the location, and any individuals likely present, will greatly enhance officer safety and situational awareness, and allow them to make better and more informed decisions. These data consolidation and visualization platforms permit law enforcement to view, contextualize, and understand the totality of circumstances around incidents, driving down response times and reducing investigative workloads.

The public safety community is undergoing a sea change due to the creation of systems that can automate, consolidate, analyze, and distribute meaningful intelligence in real-time. Whether from a facial recognition match or a gunshot detection, law enforcement has the capability to be more reactive, and to have that response be more precise. This is not emerging technology; these platforms have been successfully implemented at many forward-thinking organizations, and the results have been nothing but exceptional. Law enforcement, as a whole, will need to embrace this new digital age, but it must do so in coordination with legislators and the public through comprehensive and well socialized policies, procedures, restrictions, and oversight.

Michael Joy is the Senior Offering Manager for IDEMIA National Security Solutions where he coordinates the strategic vision for new technologies to support public safety video, biometric, and analytic capabilities.  Michael is a retired police captain who commanded the NYPD’s Strategic Technology Division, overseeing the design, development, and deployment of all operational, surveillance, and data analytic systems.